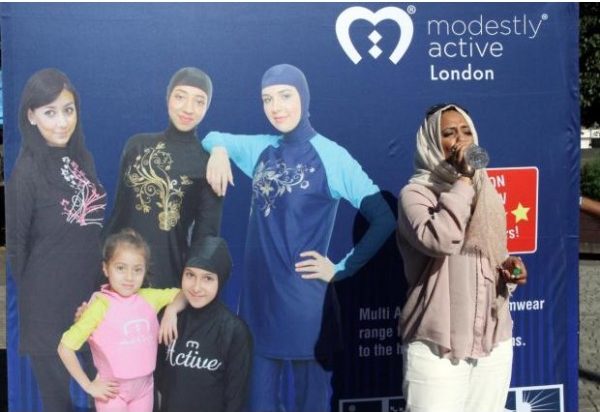 PARIS – After a month of intense national scandal and heightened international outrage, France’s highest administrative court, the Conseil d’Etat, on Friday overturned the burkini ban in a coastal area of the south of France.

But in its Friday ruling, the administrative court concluded that the idea of a burkini ban insulted “fundamental freedoms” such as the “freedom to come and go, the freedom of conscience and personal liberty.”

In recent weeks, a network of local mayors and officials across France passed similar bans on the Australian-born bathing suit, casting the burkini as the latest iteration of the burqa, the full-face veil that, in 2010, France became the first European country to ban outright. This 2010 law followed an earlier 2004 law prohibiting religious wear such as headscarves in public schools.

Their principal argument – similar to those employed by the authors and supporters of the previous laws – is that traditional Muslim dress somehow impedes the rights of women in the historic French Republic of liberty, equality and fraternity.

French Prime Minister Manuel Valls, for example, expressed his opposition to the burkini in nothing less than the language of human rights: the suit, he said, was a means of “enslavement.” By that logic, the French state is duty-bound to emancipate Muslim women not only from the clutches of their religion but also, by extension, from themselves.

For Christian Estrosi, an outspoken supporter of the burkini ban who runs the Provence-Alpes Cte d’Azur regional council, where a significant number of the bans were passed, Friday’s decision was a contradiction of precisely those Republican values.

“In that spirit, public space is a place where everyone, without discrimination, can be a free citizen,” he said in a statement. “Wearing an outfit that fully covers the body to go to a beach does not correspond to our vision of living together, particularly with regard to the equality of men and women.”

Meanwhile, Muslim leaders and French human rights advocates celebrated the decision, saying that the burkini bans represent little but thinly veiled institutionalized Islamophobia in a country that is home to one of the largest Muslim populations in Europe, if not its largest.

Marwan Muhammad, the director of the Collective Against Islamophobia in France, one of the nongovernmental organizations involved in challenging the burkini ban, called Friday’s decision a “huge victory for human rights in France.”

“It affirms fundamental freedoms,” he said in an interview. “But it’s also a political victory: The courts will not give into political Islamophobia. There are a number of judges that will affirm the rule of law. We are able to protect and defend human rights.”

After all, a particular reading of Republican values was not the only objection to the burkini.

After the recent terrorist attack in Nice, when a Tunisian resident of the city killed 85 people and injured hundreds more in a truck attack on Bastille Day, the burkini ban, for many, assumed a strikingly reactionary bent.

For a growing number, the burkini represented, in the words of former president Nicolas Sarkozy, a “provocation.” The city of Nice, of which Estrosi was formerly mayor, outlawed the bathing suit because, he said, it “overtly manifests adherence to a religion at a time when France and places of worship are the target of terrorist attacks.”

On Tuesday, images emerged of French police officers surrounding a Muslim woman on the beach in Nice, demanding that she remove some of her coverings. The images spread on social media across the globe.

“There’s a kind of institutional validation for this racism,” Muhammad said. “And this will not go away with this overturned law – it will take a long time to challenge how deeply Islamophobia is embedded in France.”