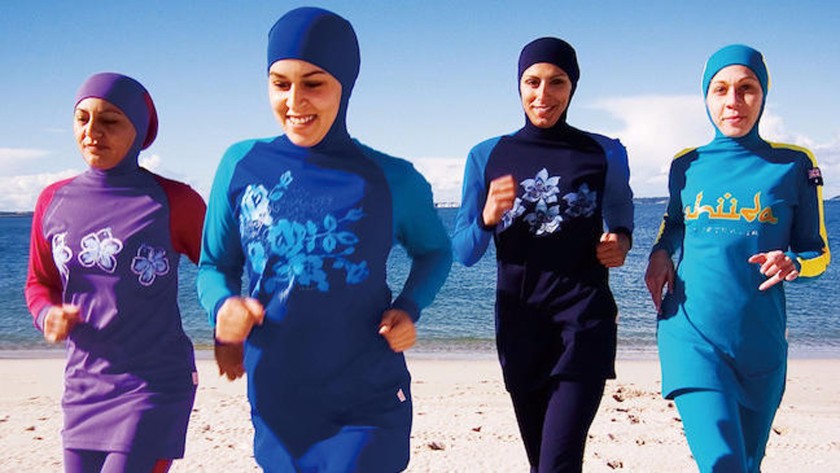 Designed originally for Muslim women to practice their favorite sport, the burkini, a head-to-toe swimming suit, is gaining more popularity among non-Muslims in Britain.

”The first few years were a hard struggle but, over the past two years sales have grown between 300 and 400 percent,” Ismail Sacranie, sales and marketing director at London-based company Modestly Active, told The Daily Mail on Sunday, February 10.
The burkini, a two-piece swimsuit incorporating a head covering, a loose-fitting chemise and leggings, was originally designed for Muslim women to help them practice swimming.

The outfit was originally imported from Turkey and Morocco.

Before the suits became available, women had to find other ways of covering up.

”I wanted something different but I didn’t want to look like a Teletubby on the beach,” she said.

”I wanted something I was comfortable in and that made me look good. Later, I went on holiday to Dubai and I was swamped with people asking me where I got it.”

The sales of the Muslim swim suit expanded further after famous TV Chef Nigella Lawson endorsed the burkini, designed by Sacranie, on Bondi in April 2011.

This incident was a turning point for burkini firms, resulting in soaring popularity among non-Muslims in Britain.

”After Nigella wore my swimsuit, people became more comfortable with the idea. And a lot of people who are not Muslims wanted something without a hood,” Sacranie said.

Many non-Muslims are turning to the modest swimming outfit for different reasons.

”People come to us for a variety of reasons,” Umran Ashman, director of Modestkini company, said.

”Some are allergic to the sun or are worried about cancer, others are overweight or have lost a lot of weight so their skin is sagging.”

Modestly Active and Modestkini say between 15 and 20 percent of their clients are non-Muslims.

Britain is home to a Muslim community of nearly 2.5 million.

The burkini, derived from the words burqa (a head-to-ankle dress) and bikini, resembles a wetsuit with built-in hood.

The three-piece covers the whole body except for the feet, hands and face.
The full-length lycra suit is not too figure hugging to embarrass, but is tight enough to allow its wearer to swim freely.